The Story of the Spur

How an Icon of American Cowboy Culture Came to Be

The Spanish conquistadors of the early 16th century brought horses, riding skills, and spurs to New Spain. Their horsemanship traditions took root in Mexico, Central and South America, although it was the Mexican vaquero who most influenced Texas and American cowboy gear. 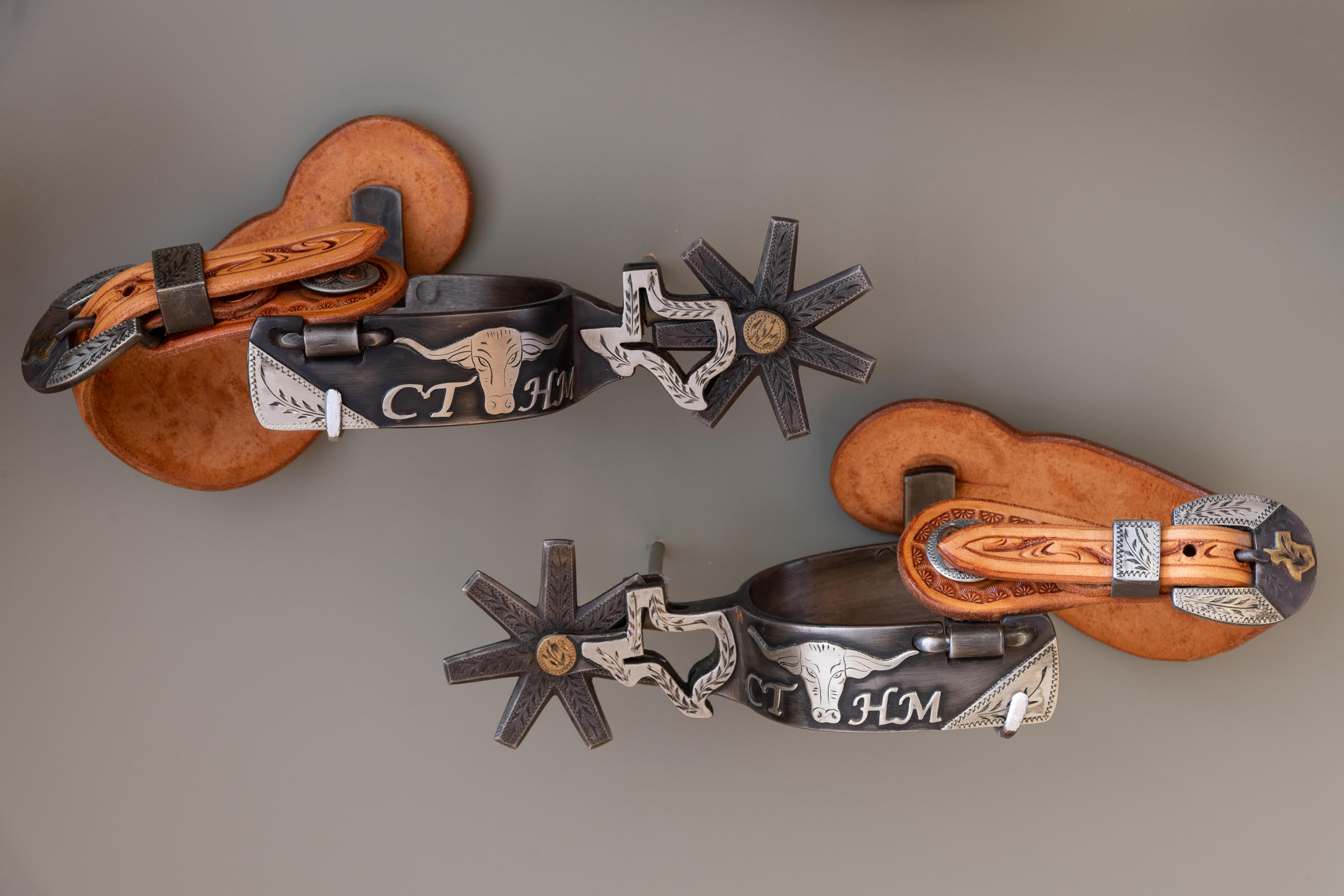 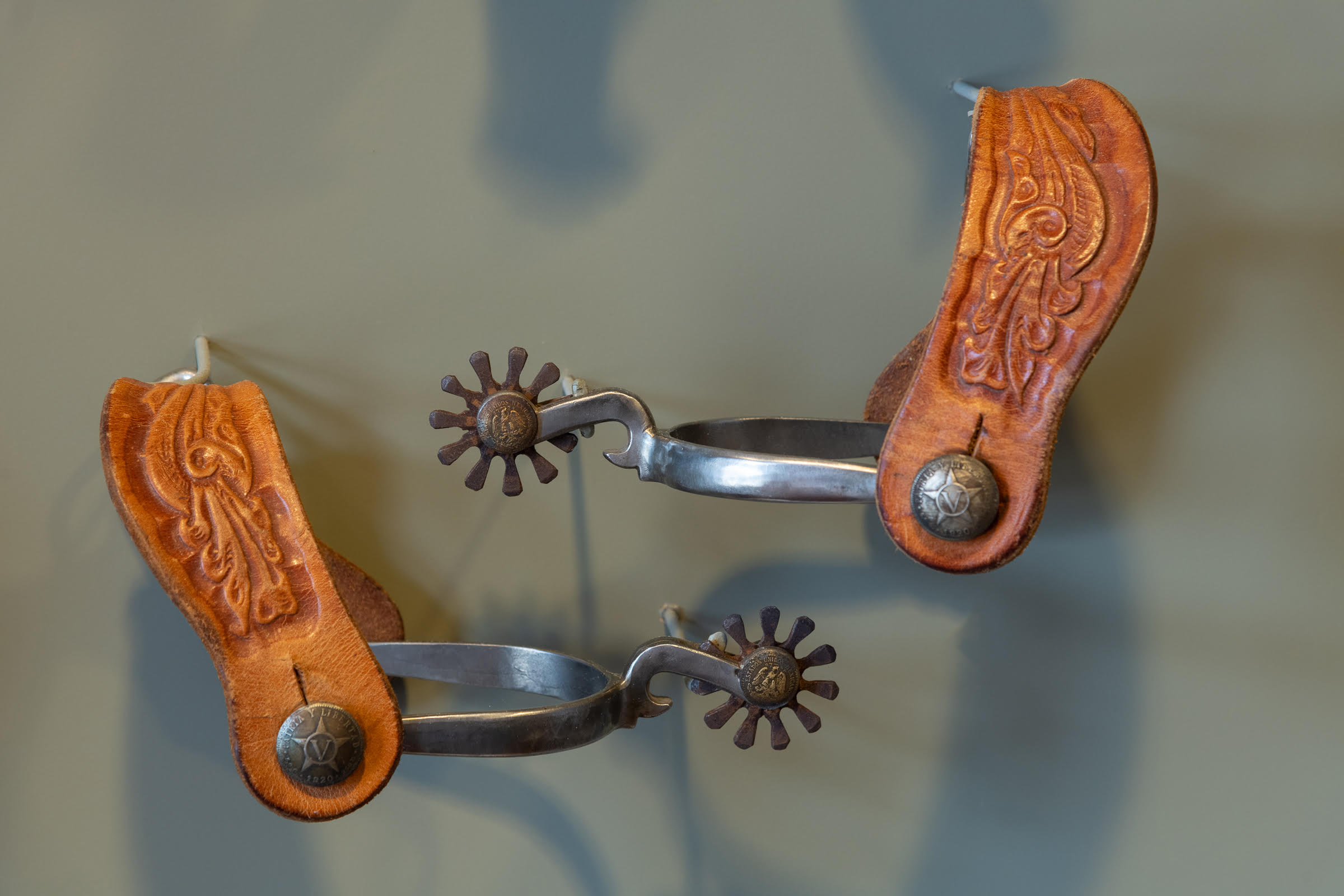 Historical Styles in the United States

Early Native American riders apparently did not use spurs, preferring a quirt or riding whip. In Colonial America, the English style spur was popular – light and conservative with a slight curve and small rowel. Civil War cavalry wore spurs of solid brass, slightly curved with a small rowel, black straps and brass buckle; a style that remained popular with the U.S. Army Cavalry though the late 19th century. Later, the Cavalry adopted a straight shank and eliminated the rowel, standard until WWII when Army horses were replaced in battle by

A Symbol of Rank and Honor

Today, U.S. Army Cavalry troopers are distinguished by their Stetson hats, but Cavalry spurs are only awarded to the elite few who earn the Order of the Spur through distinguished service. This modern tradition of “earning your spurs” can be traced to the battlefields of medieval Europe.

An aspiring squire wore silver spurs and if he proved his valor in combat or tournament, he earned the golden spur of knighthood. Gilded (and sometimes jeweled) spurs were buckled on during investiture, which was solemnized with a religious ceremony. Considered sacramental, spurs symbolized a man’s knighthood – not his sword, horse or armor. In the rare case a knight fell from favor, his spurs might be hacked off with the cook’s cleaver, in the ultimate disgrace. Centuries later and worlds apart, a rider’s spurs are still an expression of stature, wealth and self-esteem, with prized sets often passed through generations. 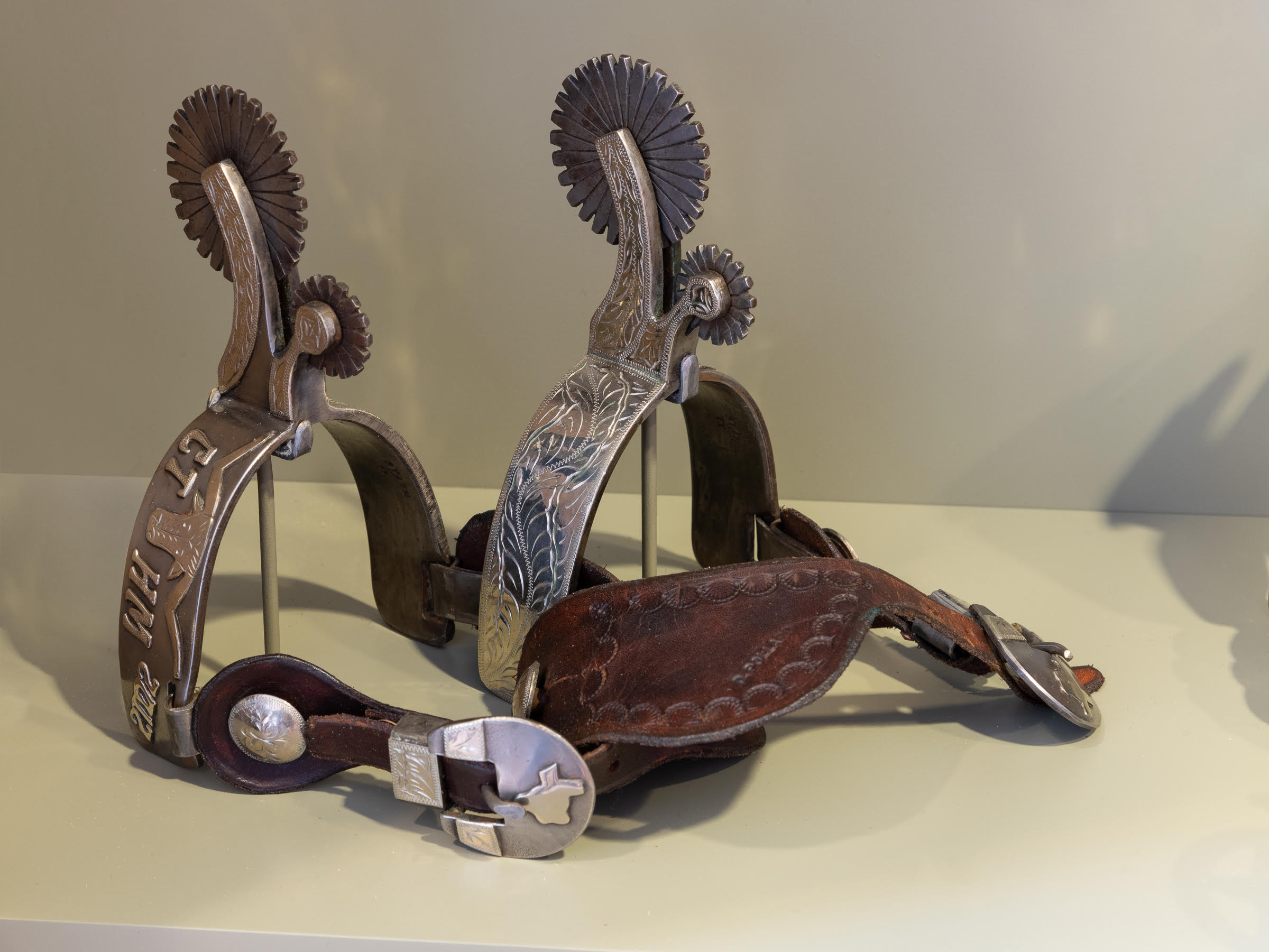 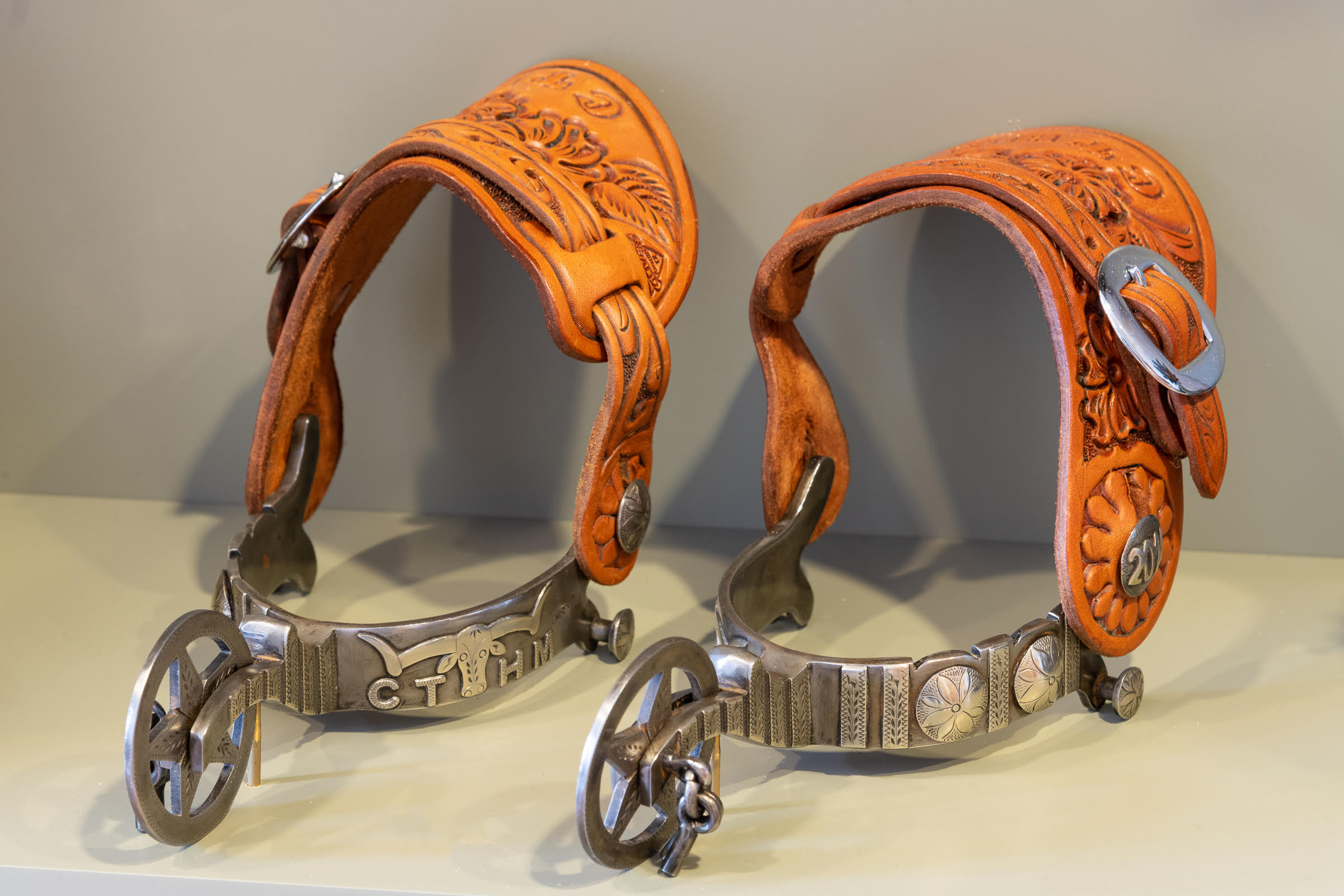 Parts of a Spur

Spurs used by working cowboys were primarily of three types: the Mexican spur, the California or “buckaroo” spur, and the Texas or “cowboy” spur. The spur is composed of a heel band with buttons that can either be stationary or swinging; a shank, straight or curved, and with or without a chap guard; and a rowel. The rowel is a small wheel that varies in type, such as toothed, 6-point spoke, 5-point star or sawtooth.

To this day, ranching remains a vital economic and cultural force in the American West and Northern Mexico. Even today, it is not unusual in Cuero, Texas to come across working cowboys wearing spurs and cowboy-style clothing at lunch or at the feed store. For example, a funeral was recently held in our community for a rancher and avid spur-collector, who was honored with a dozen pallbearers – all wearing their treasured spurs. The “jingle-jangle” broke the solemn quiet of the church with a sweet sentimental note.