The Museum’s second floor features three elegant settings, The Wofford, Hamilton and Blackwell Rooms, comprising the Friar Thomas Community Facility Center. Rooms can be rented separately or combined to accommodate up to 190 guests. Amenities include a catering kitchen, tables, chairs and audio/video equipment. In addition, the Museum’s exhibit hall is available for rent, as is our lovely outdoor setting, George Bishop Park. Two historic buildings on our campus, the Proctor-Green House and the German-English School, also offer unique, historic venues for special events. 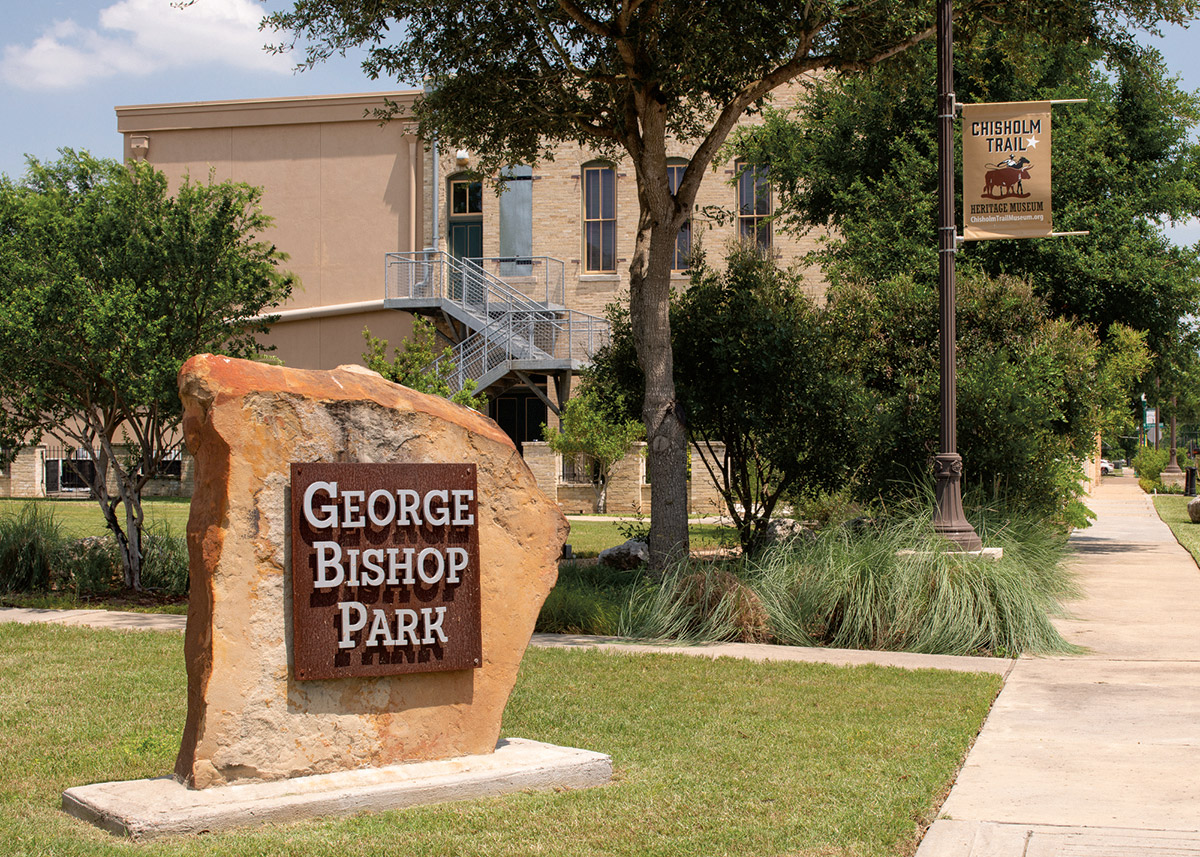 Approximately 7,000 square feet outdoor space, bounded by the Museum and our landscaped parking lot. The green space is available for private parties and events, and can accommodate tent set up.

The late-Victorian style Proctor-Green House was constructed in 1882. Restored in 2011-2012, the home is now part of the Chisholm Trail Heritage Museum. The 3-bedroom, 2-1/2 bath guest house is beautifully appointed, combining the charm of its gracious past with fully updated conveniences and amenities, including a formal dining room that seats eight. The Proctor-Green House is available through the Museum for lodging and special events.

The Proctor—Green house was designed by an Engiish architect, James Hull (1862—1921} in 1892. In 1888, when he was 26 years old, he emigrated from London to the United States, locating in San Antonio, Texas. After residing there about three years, he moved to Victoria, pursuing his profession as an architect and designing many of the businesses and residences in Victoria and other cities and towns in the area.

David Cogswell Proctor (1835—1908] was born in Shelbyville, Kentucky in 1835. He was educated at Yale, where he received a Master of Arts degree in 1854 and two years later graduation in law from Harvard, locating in lndianola where he practiced law. Indianola, located on Matagorda Bay, was founded in 1846 and in a short time grew rapidly and achieved the rank of the second part of Texas, a position it held until a catastrophic hurricane on September 16, 1875. Proctor pre—empted lndianola’s obliterating hurricane of 1886, when he moved to Cuero in 1880 to set up his law practice.

Proctor chose Hull to design his new residence at 307 N. Terrell Street in Cuero in 1892. A two—story frame dwelling with an asymmetrical plan the exterior walls are constructed with weather—board siding, hip roof with gables, composition shingles and wood—sash double-hung windows. Mrs. Proctor’s sons, Frederick and Venable Proctor, joined him in his law practice in Cuero and Victoria where they represented railroads and cattlemen and were highly esteemed commercial lawyers.

in March 1911, the Queen Anne style dwelling was sold to Judge John M. Green (1861-1939) by Proctor‘s widow, Nannie E. Cocke Proctor. A native of Fayette County, Texas and the youngest son of a pioneer Texas Baptist preacher, Green graduated from Texas A & M College and University of Texas School of Law (receiving a Bachelor of Law in 1886). He went on to have a long and illustrious career as a state representative and a judge. He eventually set up a law practice with his son, Howard P. Green. Howard Green also had an impressive career in public service, including District Attorney (1930—
1940}; District Judge {1940-1963); Chief Justice of Court of Civil Appeals in Corpus Christi (1963—1971); special District Judge in Harris and Galveston counties (1971—1973); and Commissioner of the Texas Court of Criminal Appeals
(1973-1974).

The Proctor—Green house is a distinctive late-Victorian residence that complements the various architectural styles found in the Terrell—Reuss National Register District. The style of the house is based upon a Queen Anne floor plan but has strong Shingle-style elements and several Colonial Revival details that make it unique to Cuero and South Texas. The architect skillfully merged the complex geometries and numerous diverse materials into a consummate Victorian composition. The two—story structure is relatively unaltered and an outstanding example of Queen Anne architecture. 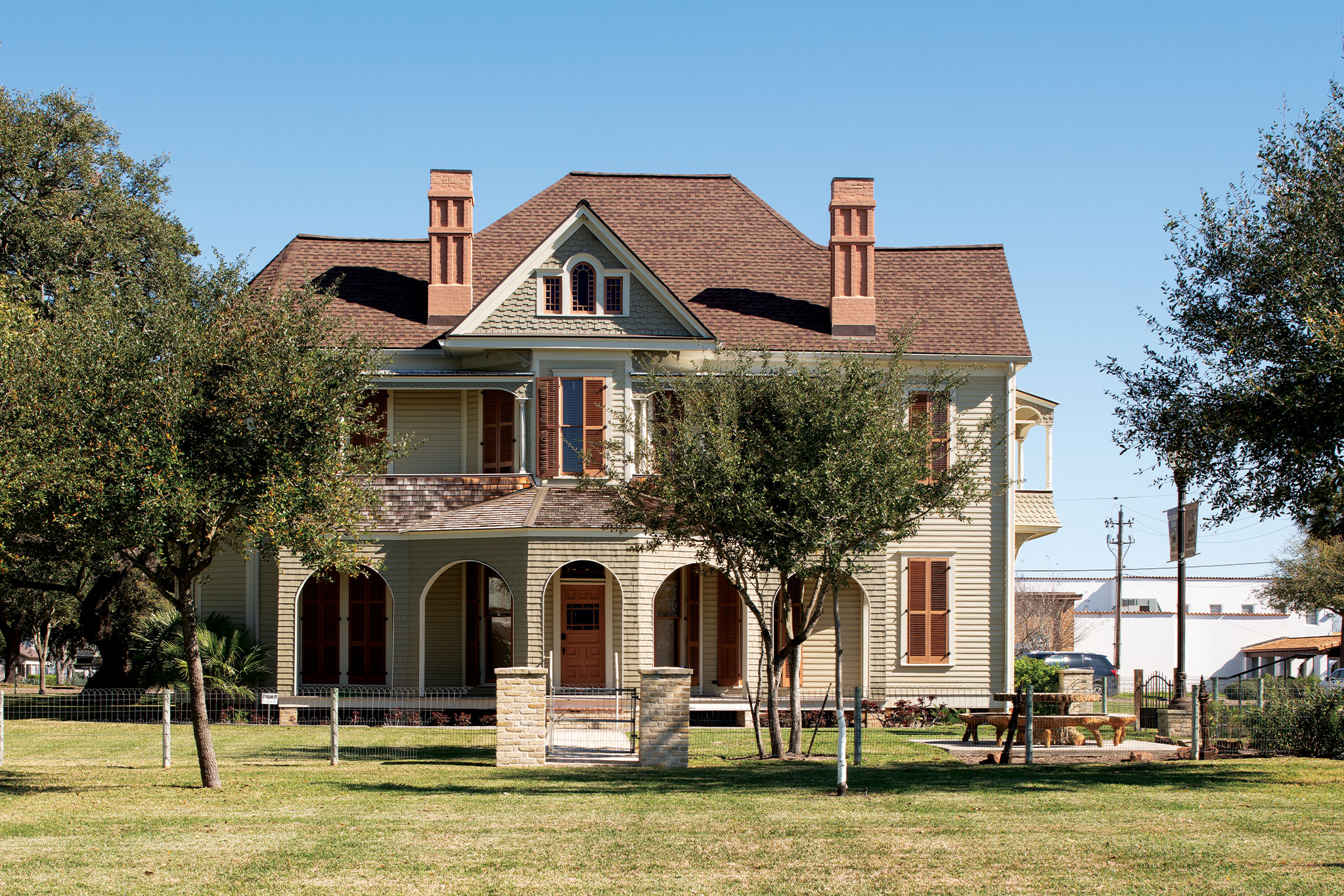 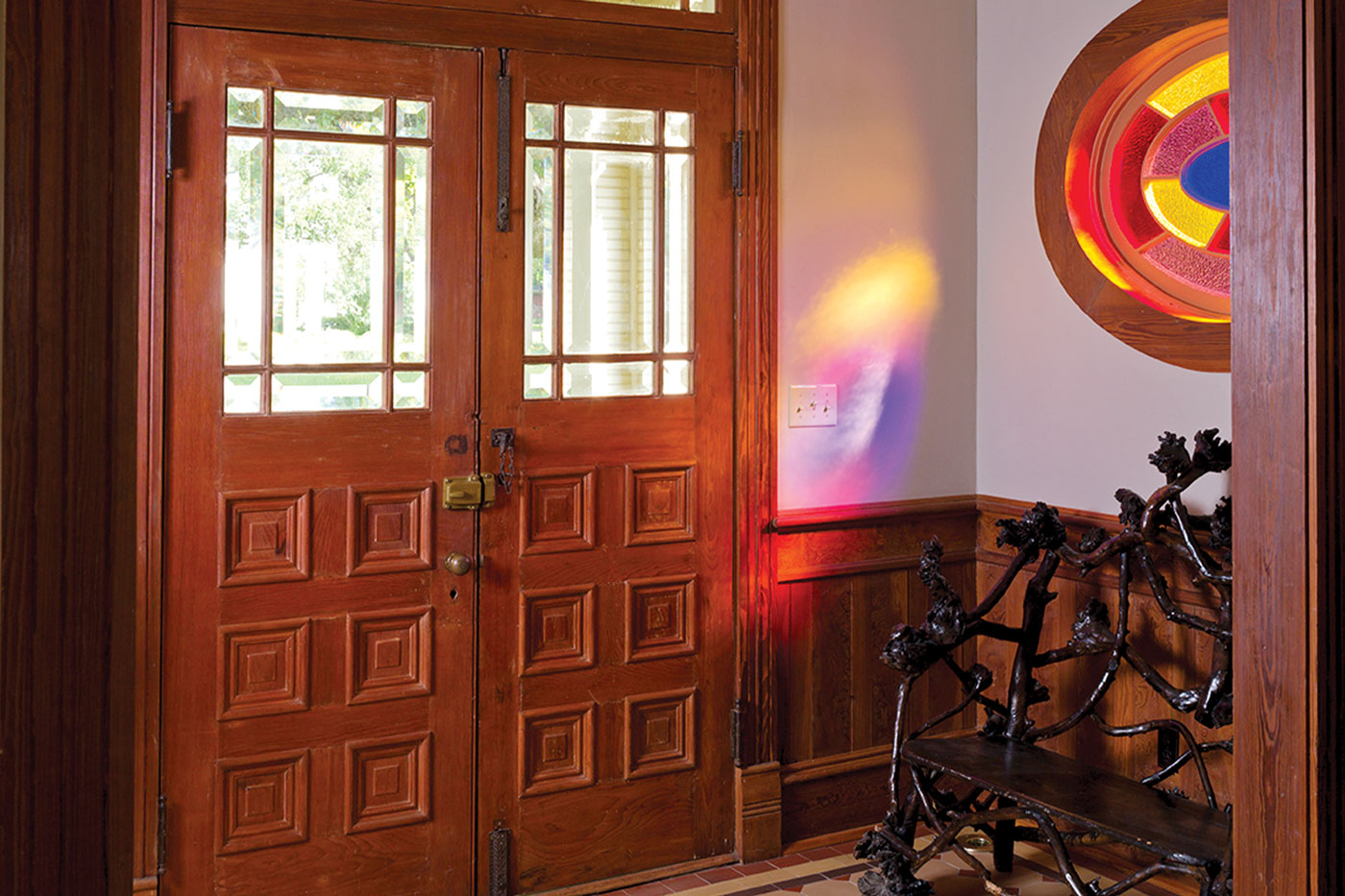 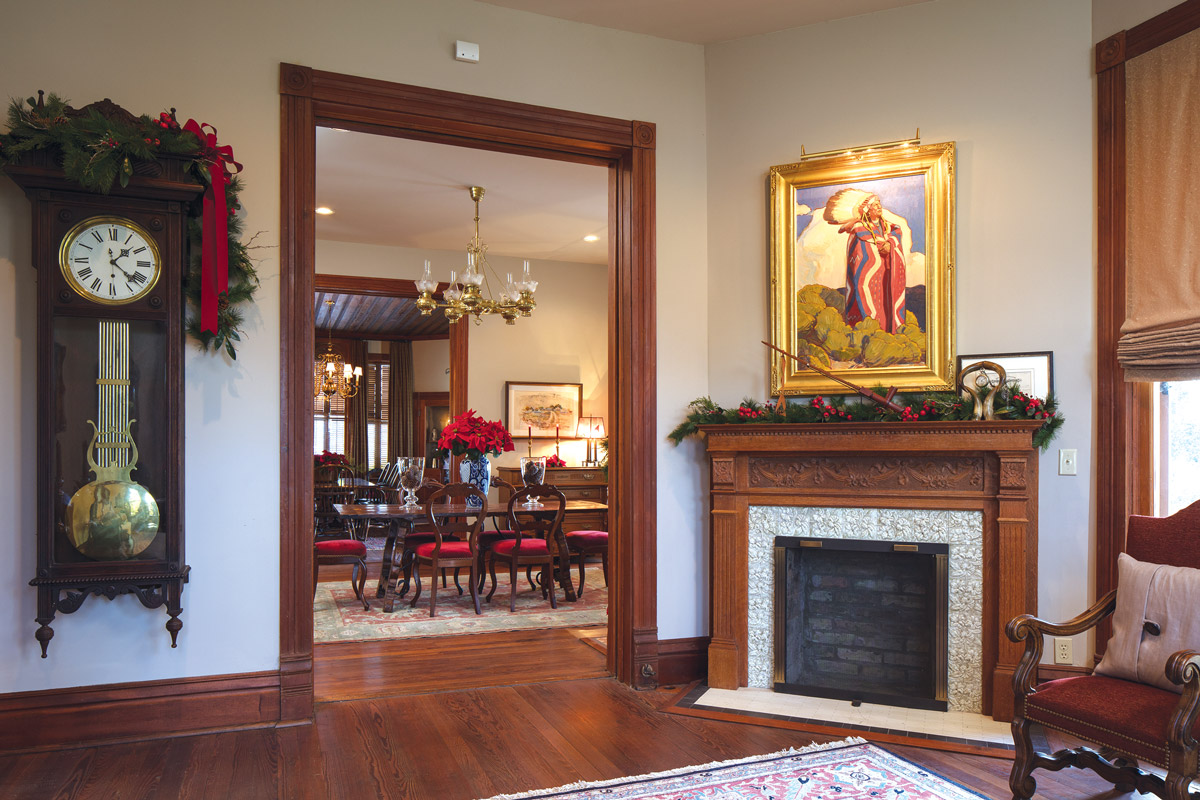 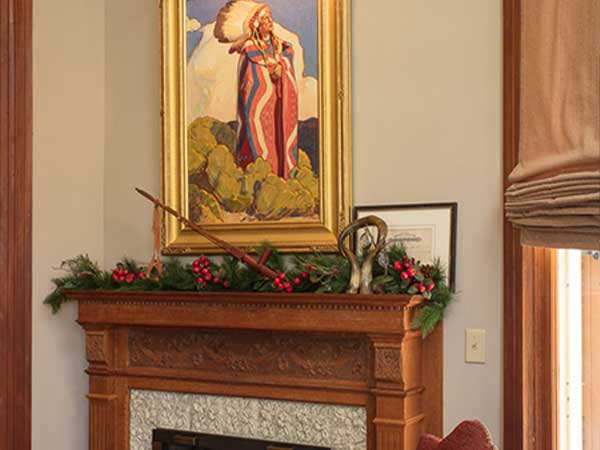 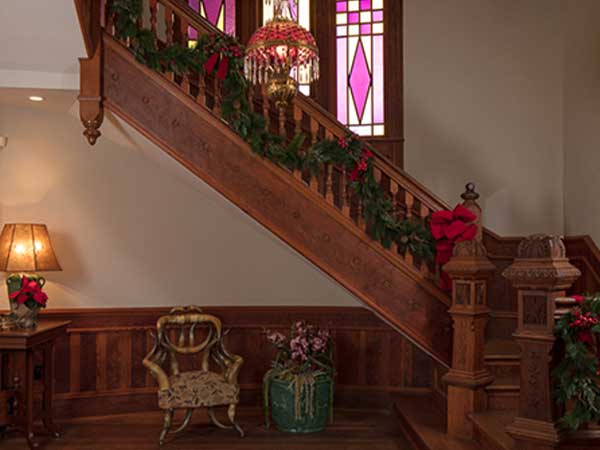 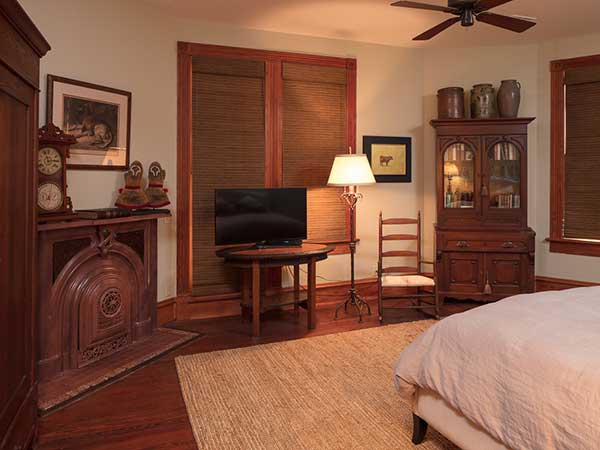 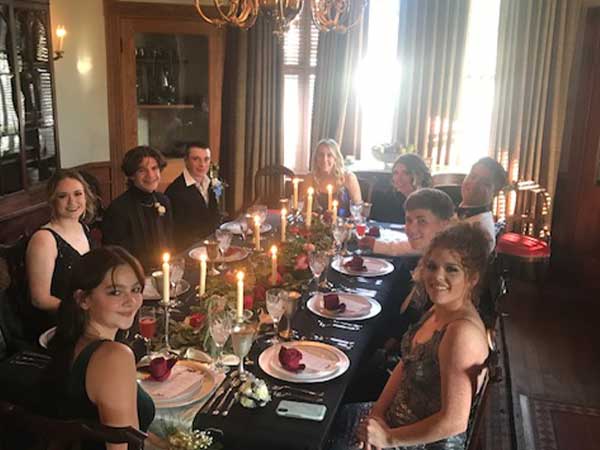 CTHM and many generous donors worked together to save Cuero’s original English-German School (c. 1880), and bring it back to the community on our campus. The relocated/renovated house and grounds has become the new home of Cowboy Camp, our popular summer program. The school has become a community hub for yoga and gardening, through the demonstration garden behind the school house. This charming venue with its rustic appeal and modern conveniences, includes a full kitchen and AV in place for presentations.