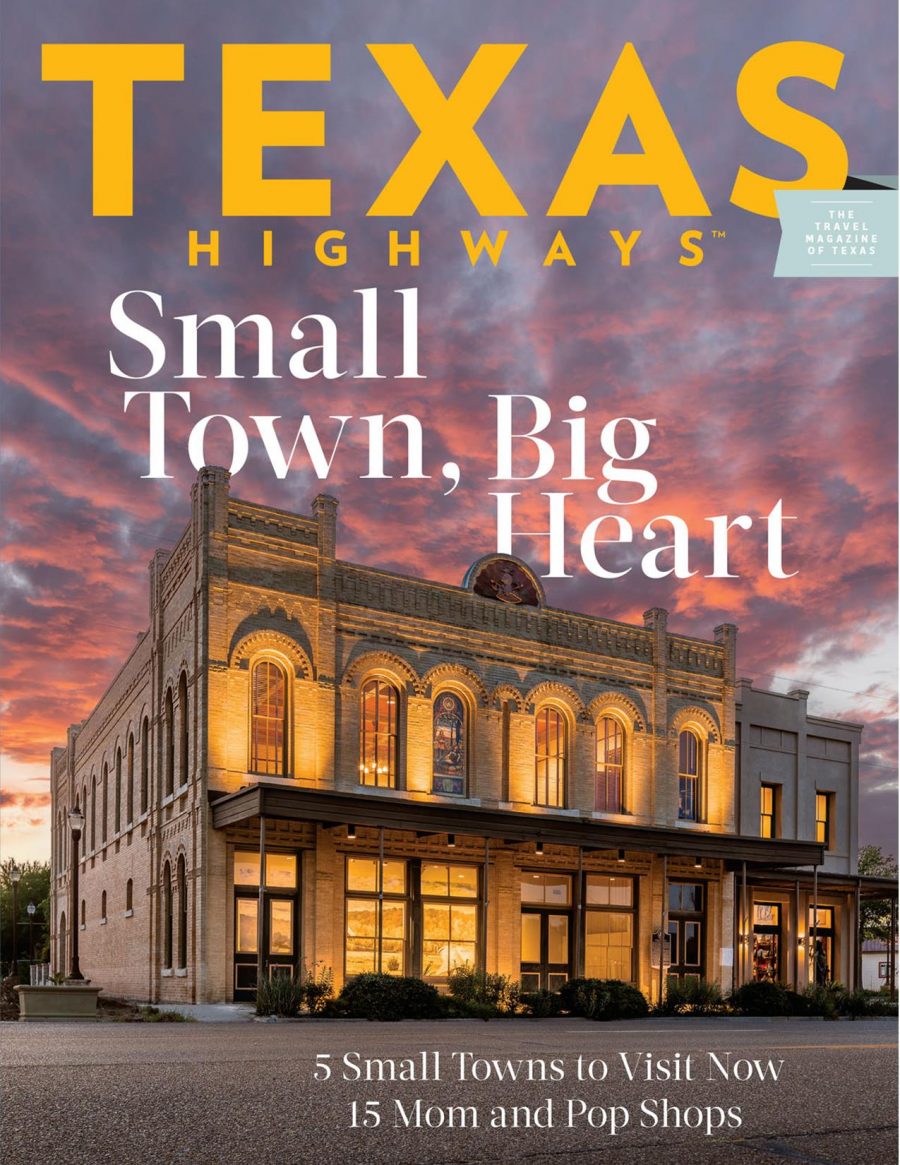 The Chisholm Trail Heritage Museum is honored to have been chosen for the August cover of Texas Highways magazine featuring their lead article, “Small Town, Big Heart.” Five Texas communities including Post, Gladewater, Clifton, Columbus and Cuero are touted for their unique attractions and welcoming spirits despite their small size. The two-page article on Cuero highlights our historical buildings, including the DeWitt County Courthouse, the Chisholm Trail Heritage Museum and the Proctor-Green House, the Turkey Fest celebration, beautiful downtown murals, and the latest addition to Cuero Main Street, the Green Cow Creamery.

Cuero mayor Sara Meyer remarked, “The wonderful cover photo of the museum and article on Cuero should make each of our citizens proud!  We have so many “gems” around our beautiful little town where we’re always committed to the saying, ‘Cuero, the way life ought to be.’” Sandra Osman, Cuero’s Main Street director added, “Cuero Main Street was excited to see the wonderful article in Texas Highways. The article underscores the efforts of our Chamber of Commerce, City of Cuero, and in particular, the Cuero Main Street program. The downtown mural project (of artist Rafael Acosta’s artwork) is featured, along with Cuero’s ‘enthusiasm for cattle and turkeys.’”

Subscribers to Texas Highways were the first to receive the August issue, which will appear soon on newsstands around the state including, HEB stores, Brookshire Brothers, Target, Wal-Mart and Walgreens. Subscriptions to Texas Highways can be found online at texashighways.com.