Posted at 16:55h in News by Lei Lani Fera
Share 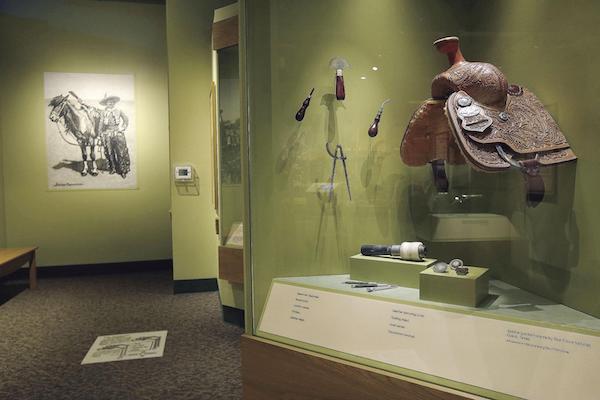 The museum and Cuero were selected as part of the traveling exhibit from the Smithsonian’s Museum on Main Street program, according to a Chisholm Trail Heritage Museum news release. The exhibit will be on display June 14-July 14.

The exhibit showcases the stories that occur on courts and fields in neighborhoods across the country. It tells stories of rivalries, defeats and victories through more than 100 years of American sports at any level of play from Little League to professional, according to the release.

“We are very pleased to be able to bring ‘Hometown Teams’ to our area,” Sharon Weber, Chisholm Trail Heritage Museum executive director, said in the news release. “It allows us the opportunity to explore this fascinating aspect of our own region’s sports history. We hope this exhibit will inspire many to become even more involved in the cultural life of our community.”

The Museum on Main Street program is a collaboration between the Smithsonian Institution Traveling Exhibition Service, state humanities councils across the nation and local institutions like the Chisholm Trail Heritage Museum.

The program began in 1994 and has visited more than 1,400 communities with an average population of 8,000, according to the Museum on Main Street website.

The Chisholm Trail Heritage Museum was chosen by the Texas State Historical Association to host the exhibit, according to the release. Cuero is one of seven Texas communities selected to display the exhibit.